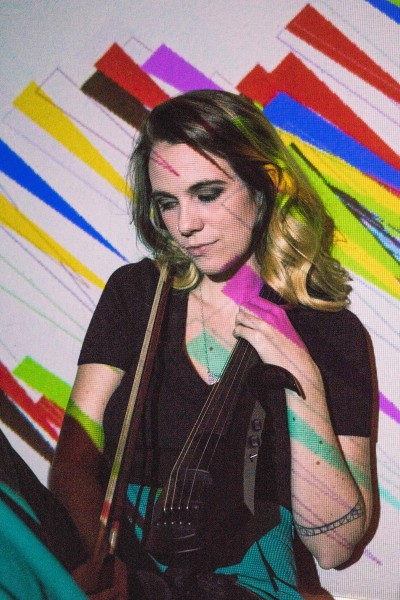 I have never played an electric violin that has felt as natural yet versatile as the NXT. It’s incredibly comfortable to play, and the control of signal through the active setting and the pickup switch allows me to have all kinds of tonal versatility which is incredibly important as I tend to synthesize my instrument and put it through all kinds of effect chains. My live sets would be literally impossible without this instrument!

bad snacks is an electronic/hiphop producer & artist out of Los Angeles, CA. Having been classically trained since the age of three in the Boston area, she recently started her new musical chapter as bad snacks, where she combines organic and electric instruments with synthesized soundscapes in a chillhop-meets-experimental electronic setting and often performs within the beat scene of Los Angeles. She runs a YouTube channel that focuses in bedroom producing and works full-time as a producer, writer and studio string player. Credits include producing a commissioned album for YouTube’s Audio Library, playing strings for KING (Grammy-nominated neo-soul), the Hollywood Light Orchestra, as well as a multitude of artists all over the Los Angeles area.