I needed an electric Double Bass but always felt curious about playing a cello and suddenly, I discovered an instrument right in the middle. As a five string player I couldn’t resist to a low B version and to the infinite possibilities of the Omni Bass which I could play as a fretless bass, a cello or imitating the sound of a double bass, including all the things you can do connecting the instrument to an infinite pedal chain. The NS CR5 Omni Bass is amazing, I use it in every project I’m involve in.

Daniel (Nelo) Escortell is known for his versatility, eclecticism and an eagerness for the experimentation that is given to him, above all, by his Fusion Jazz and Progressive Rock trio “Glazz” with whom he has published five albums and toured internationally.  Daniel is also bassist for award-winning singer-songwriter Javier Ruibal.

Whether in a jazz ensemble or in a Andalusian psychedelia project like “Derby Motoreta’s Burrito Kachimba”, he always prints his own voice, abandoning typical conventions while providing solidity and musicality. 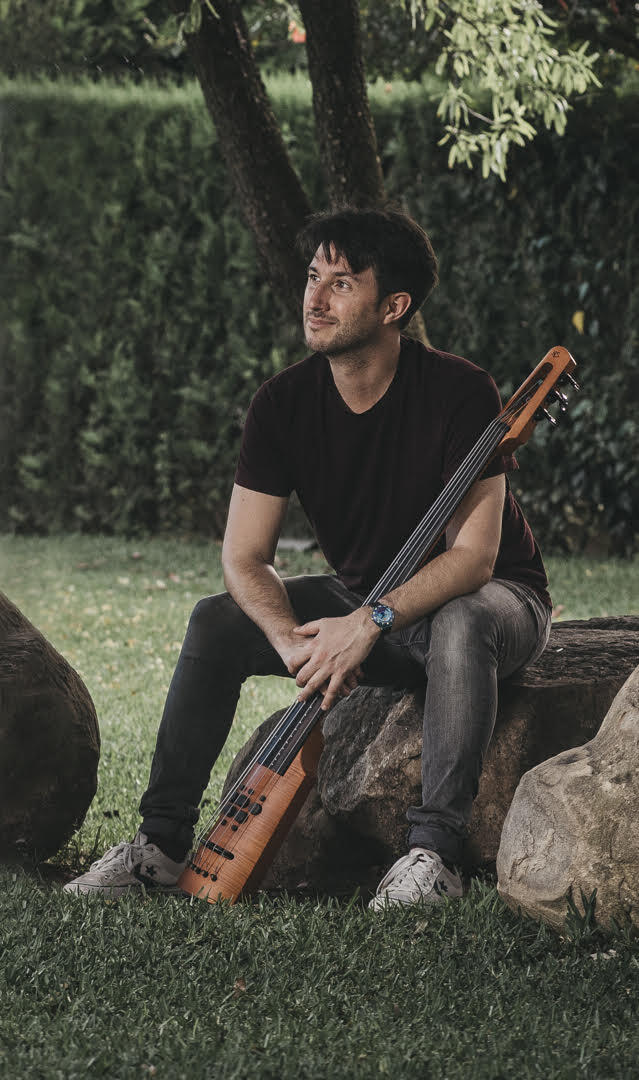