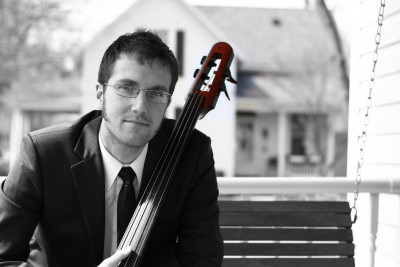 From Reed Jones  – bassist for Audie Blaylock and Redline. Confessions of an NS Design-Loving Traditionalist Convenience is an idol, and I have no desire to worship at its altar.  I don’t own an iPod, I prefer my 78 RPM records played on my vintage tube phonograph.  I don’t own a coffee maker, I would rather use my french press, or better yet, I would rather make a cup of pour over that would change your life, not just your morning beverage preferences.  But I know what you’re thinking:  “Good for you.  You and the rest of your little hipster buddies may not worship at the altar of convenience, but you love to sacrifice to the gods of high-horse traditionalism.”  Maybe, but not so fast. I may be an old soul and I may love doing things the old fashioned way (I am a bluegrass player, after all), but to be more accurate, I do what I do because I want the best results.  That often means suffering for art’s sake, but other times it means bucking tradition, and when it comes to playing bass in a bluegrass band, it means you have to Think NS. Bluegrass has always had its growing pains, and I am an ardent supporter of traditional bluegrass done with the spirit and hunger of the pioneers.  I like my bluegrass raw, in your face, powerful, edgy, and imperfect.  I don’t like pickups on guitars, mandolins, banjos, or fiddles.  It is less convenient to mic them, but if you’re playing grass, it’s the only way.  It is what works.  And not only am I a traditionalist in that regard, I play in Audie Blaylock and Redline, and I defy you to call us anything other than a modern bluegrass band in the traditional mold.  Audie spent nine years honing his craft alongside first generation legend and King of Bluegrass, Jimmy Martin; and while studying at the University of Old School Bluegrass (how wish that institution actually existed), Audie graduated with honors.  In fact, he now teaches the classes.  So why then are we (Professor Blaylock included) unwavering supporters and users of the NS Design upright basses?  Well I’ll tell you one thing:  it ain’t for the convenience. It went like this.  I was hired at the end of 2010 to play in Audie’s band, and I started our travels together with my lifetime bass:  my 1938 King.  That bass rocks.  I recorded I’m Going Back to Old Kentucky with it and it can be heard on #1 singles.  But I needed something more conducive to travel for some upcoming shows out west, so I started working with NS.  It was way more convenient.  Then our record label at the time was recording a project at Bean Blossom, and if we were recording, I needed my King.  I played our first set with my traditional upright and was faced with obvious realization that my King (or any double bass, for that matter) was not what worked.  I put the King in its bag where it rested comfortably while the NS and I took care of business on the second set.  That felt better. Shortly thereafter we were headed into the studio to record a song I wrote for a Travel Channel series, so I loaded up the King and the NS (for the shows we had to play following the session, not for the session itself) and headed to Nashville.  The King never left its case.  In fact, we just recorded a new record called The Road That Winds that will officially drop on July 10, and the NS is all over it.  I would love for you to hear how good the NS sounds in that environment.  I had the option of recording with a traditional upright, in fact doing so wouldn’t have been inconvenient, but the NS sounds like what a bass in a bluegrass setting should sound like and rarely does.  It is fat, punchy, consistent, and clean. It is immediate and unambiguous.  As Audie says, “It is a bag full of hammers,”  and that’s a great thing.  All you have to do is roll off the tone and put a little foam under the strings at the bridge (foam, by the way, is regularly used by grassers on upright basses in recording situations, so nothing shocking or innovative about that) and you have what uprights wished they sounded like. To sum it all up, I want to sell you on two things.  First, check out Audie Blaylock and Redline’s upcoming record The Road That Winds on Patuxent Records.  We are crazy-proud of it and I know you’ll love it…the NS, too.  Secondly, NS Design basses are not just for convenience in the bluegrass world.  I want to hold them up to you as all around, first-in-line instruments that are not just designed for the road.  They do that better than any other option, but they are much more.  Consider stepping out of your comfort zone just for a second, and you’ll realize they should be used in the studio, as well.  Especially in traditional bluegrass.  Who is the strident traditionalist now? Proof: Audie Blaylock and Redline doing a Bill Monroe tune with twin fiddles.  Does it get more traditional?  Nope.  NS included.

By sixteen Reed was playing in a Christian rock band with musicians three time his age and experience, and by the time he went away to college, he was playing mandolin in a bluegrass band. In 2005, Reed began playing guitar with Billie Renee and Cumberland Gap, a regional bluegrass act with whom he won the SPBGMA International Band Championship in 2006. At this time, Reed graduated college and completed an original research project on the now legendary recording The Bluegrass Album, which was later cited in the official Tony Rice biography, Still Inside: The Tony Rice Story. He also began doing freelance bass work with bands like Unlimited Tradition and Joe Mullins and the Radio Ramblers on the side. His stint with Cumberland Gap ended in 2010 when Reed accepted the bass-playing position in the internationally-acclaimed bluegrass act Audie Blaylock and Redline. Reed toured regularly with Redline for a year and still performs with the band occasionally. While with Redline, Reed helped record I’m Going Back to Old Kentucky, which boasted several charting singles, including the number one Cry, Cry, Darlin. In 2014, the television series Backroad Gold premiered on the Travel Channel to the sound of Reed playing bass on the song he wrote as the theme for the series, further demonstrating his devotion to the honing of his craft as an instrumentalist and songwriter. 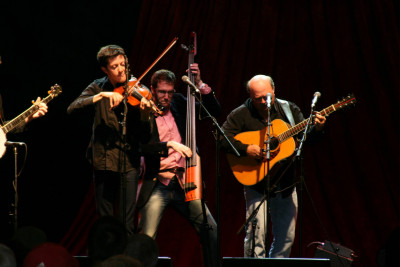 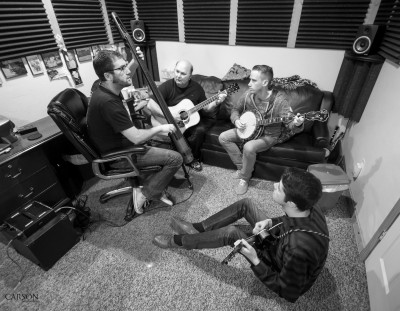 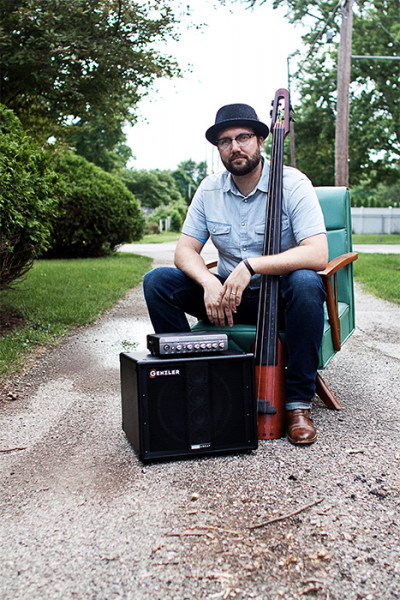 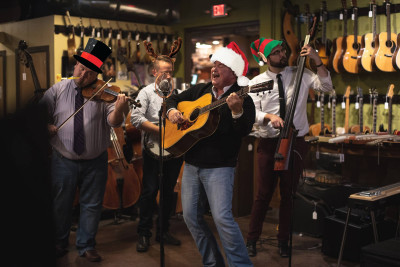 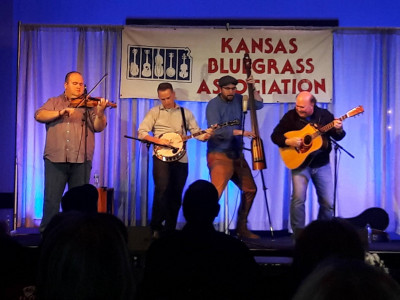