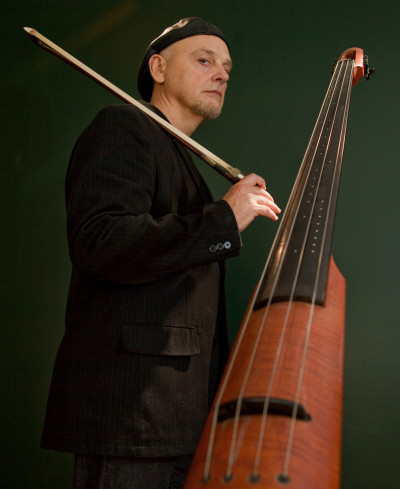 He holds a Master’s degree in Composition from Purchase College S.U.N.Y. He also studied acoustic bass with John Neves at Berklee School of Music and jazz improvisation with Charlie Banacus, Robert Lowery (Boise), Stanley Clarke and continuing his studies with bass masters Buster Williams, Eddie Gomez and Lyle Atkinson at the Jazz Mobile Harlem, NYC . Tony was a member of the Purchase Conservatory faculty from 1992 to 2000. Iona College (2001 to 2004) and Ramapo College (2003 to 2005) and The Contemporary School of Music (1974 to 1976).