The NS team had a great time at the 2010 Musikmesse in Frankfurt, Germany.  The show provided a wonderful opportunity to connect with current and potential customers and distributors in Europe.  Visitors to the booth were particularly interested in the NXT and the Omni Bass, as well as the prototype of the WAV-5 violin (more on that later).  People continue to love the CR-series violins and basses too. 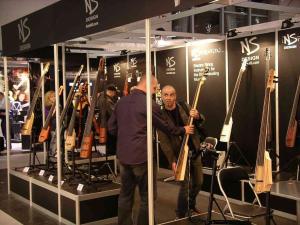 Comparable to the NAMM show in the United States, the Musikmesse is Europe’s premier music tradeshow.  Running between March 24th and 27th, the show featured nearly 2,500 exhibitors and attracted 110,000 visitors from 128 countries. 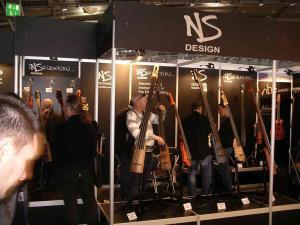