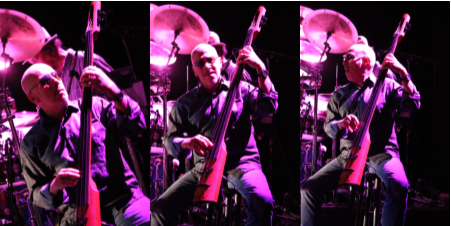 James “Hutch” Hutchinson is respected far and wide for his musical versatility and long experience playing with top-tier acts. After taking some classes at the Berklee College of Music while gigging in bands around Boston, the 17 year old decided to head out west to the San Francisco Bay Area.  He jumped at opportunities to play on sessions with Link Wray’s band and with Grateful Dead drummer Mickey Hart which lead to an opportunity to join the Quicksilver Messenger Service spin-off Copperhead, all this before he turned 20 years old.

When their album failed to find an audience the band broke up and Hutch left for Guatemala for what he expected to be just a three week visit. Three weeks turned into a year which allowed Hutch to immerse himself in Latin American culture and rhythms. Returning to the US with his Latin Jazz Fusion band The Point, Hutch got an offer to play in The Neville Brothers Band. While playing with the Neville Brothers he was introduced to Bonnie Raitt and in 1983 moved to Los Angeles to join her band after her original bassist dropped out right before she was scheduled to go on tour. 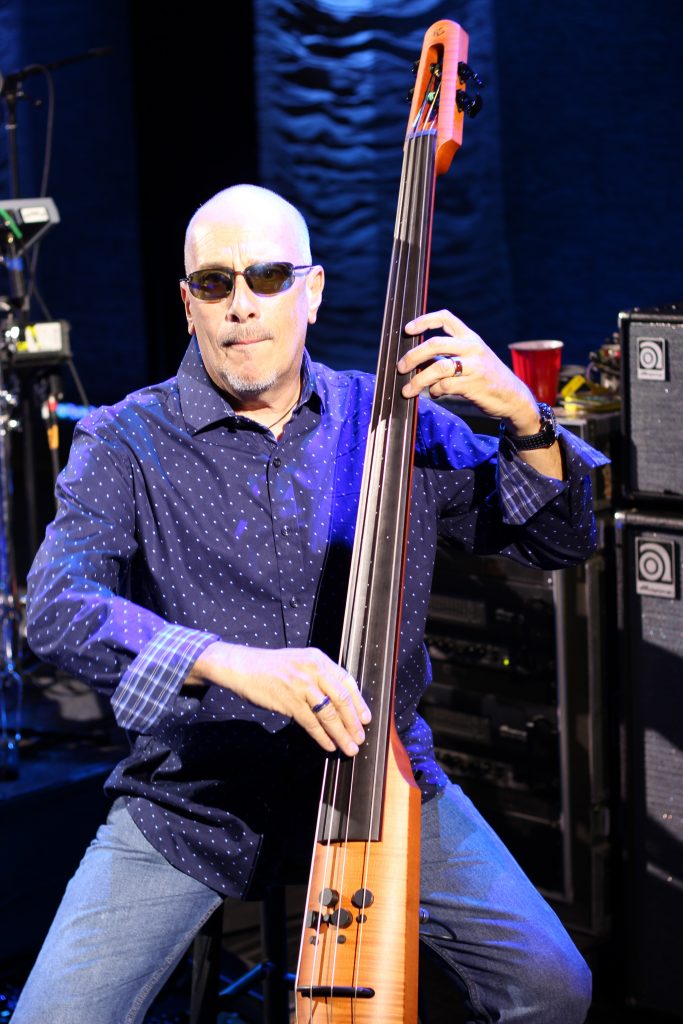 In the intervening 30 plus years, Hutch has made significant contributions to Bonnie’s sound and has co-written some of her tunes along the way. In an interview with Bass Player Magazine Hutch recalls, “Bonnie calls me her ‘musical ranger’ because I bring in all of these different influences. It’s not just that I’ve listened well and learned to play different styles, it’s that I’ve spent time living and working with the players in those communities. There are musicians in various parts of the world—blues players, country guys, even African musicians—who think of me as their style of musician. They may not even be aware of other styles I play.”

Hutchinson uses a variety of basses to bring the best tone and feel to his music. For songs requiring versatility in upright sound, Hutch loves NS Design’s CR Omni Bass.  Ned Steinberger created the Omni Bass to connect the sound and feel of the electric bass guitar with its familiar 34″ scale and TransRadius™ fingerboard with the tonal purity, voice and bowed or plucked response of the classic upright bass. The Omni bridges both worlds. It’s a portable and adaptable innovation that has opened up new worlds of sonic versatility and physical freedom for so many musicians like Hutch.

Hutch’s favorite go-to upright on the current Dig In Deep tour is NS Design’s high performance CR4M Upright Bass. It’s as versatile as the CR Omni, including an active EQ and mixer, EMG™ magnetic pickups and Steinberger’s patented Polar™ Piezo Pickup System, and provides all the depth of sound that a full scale double bass commands.  Hutch uses the CR4M with vintage Ampeg B-12, B-15’s; and when in the studio, the B-18 combos or the classic Ampeg SVT808’s and 8X8 matching cabinets.

With headlining tour dates in May and June around the US, Bonnie, Hutch and Co. will also be joining fellow Massachusetts-native James Taylor in select US dates in August, with a very special performance on August 11th at historic Fenway Park, home of the Boston Red Sox. Check out all tour dates and related info at:  http://www.bonnieraitt.com/tour