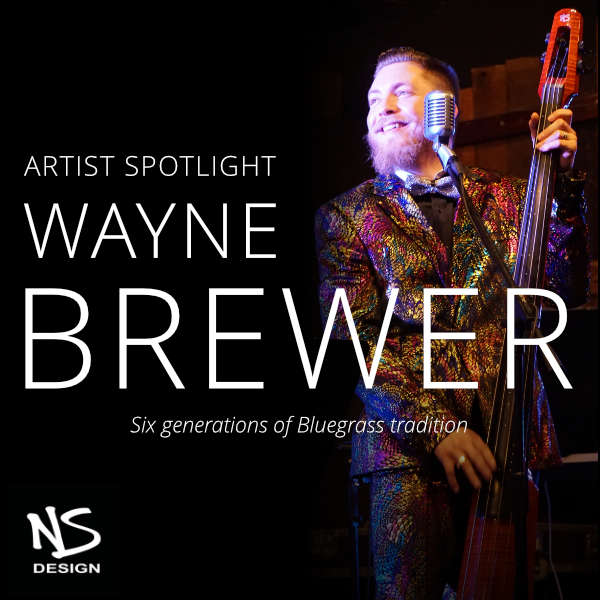 Gary “Wayne” Brewer Jr.’s deep roots span six generations of the Brewer family musicians performing bluegrass and country music worldwide. As a youngster, Wayne was encouraged to carry on the old-time music tradition that his great grandfather played in the mountains of Tennessee. At just 18 months old, Wayne sang lead vocals and played guitar accompanying his father Gary Brewer, and grandfather, Finely J. Brewer in the recording of their CD “Memories of Home”.

When Wayne was 14, he joined his father’s band, Gary Brewer and the Kentucky Ramblers. Among his varied accomplishments as a young musician, Wayne has been awarded with two Guinness Book of World Records for “The Youngest Recording Artist” and “The Youngest Artist to perform on The Grand Ole Opry Stage”.
At 26, Wayne now proudly shares producing and playing credits with his father on Gary Brewer and the Kentucky Ramblers’ Country-Roots CD release “Vintage Country Revival” holding the #1 spot on the Country Global Radio Airplay Charts.

Gary Brewer and the Kentucky Ramblers at the Shepardsville Barn.

Brewer plays both the NS WAV Upright Bass and NS WAV Violin with the Ramblers and we love what he has to say about the WAV Upright: “Because of its compact size, sound comparability, and reliability while on the road as a full-time touring musician, I prefer my NS Upright Bass.”

In recent years, Wayne has taught himself to play fiddle. In 2017, he released his debut album called “The Kentucky Fiddler”. Writing on Bluegrass Today, John Lawless praised the recording: “This collection of tunes… hearkens to the days of yore when musicians gathered around one microphone and played, to the best of their ability and interpretation, the songs without overdubs.”

Wayne, Gary and all of the Kentucky Ramblers invite you to join them for the Season Five tradition of their Friday Night Brewgrass Music Series in Shepherdsville, Kentucky, held weekly in ‘the Barn’ through early April. Opening each show, Gary Brewer and the Kentucky Ramblers are followed by a performance of a touring artist stopping off in Shepherdsville, KY. This season ends with a “Shin-Dig in the Park Music Festival” in late April, 2019. Be sure to catch a show! For tickets and more information, visit their website: www.brewgrass.com

Learn more about Wayne at his NS Artist page.

For more information about the entire family of NS instruments, including the WAV series, visit ThinkNS.com.